It’s always lovely to hear such great feedback about our work and my team.  Thank you again Michelle and Jay.

”  Peter and his team started building our new home on 30th January 2017. I have had a few properties built before by other builders and by far Peter’s has been the easiest and least stressful build for me that I have experienced.

We had a tight time frame on the build and needed to have it finished in 5 months before we flew overseas. The keys were handed over a week early and we are ecstatic with our new home.

Peter and his team of tradesman have done an exceptional job building our home with the finish of the house being just beautiful. Peter gave us and our house individual attention.

When I was struggling to choose the product for the exterior of the house, Peter organised for us to meet with him at a house he had previously built. We had a look at the house and talked with the owners, which made my decision so much easier.

When I decided I wanted to re-arrange and change the sizes of some of the windows during the build (after the frame was already up and the windows had been ordered). Peter took it in his stride, re organised things and rescheduled other jobs to work around my changes. The new windows are huge and give a beautiful view of the creek. I am so grateful that Peter worked with us to make these changes happen.

He did not charge us a fee every-time we made a change (and there were a few) and was transparent on the cost of variations.

Peter has been approachable, available, friendly, flexible and patient from our first contact with him for a quote, during the build and after handover.

Jay and I would like to thank Peter and his team for building our beautiful home. We both recommend Peter Jones Constructions to anyone who is looking to have a quality house built at an affordable price. “ 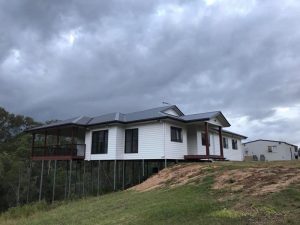 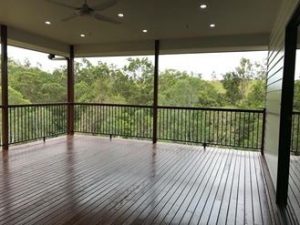 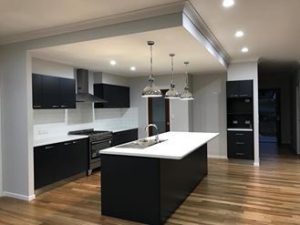 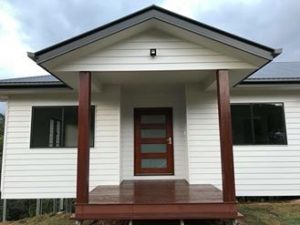